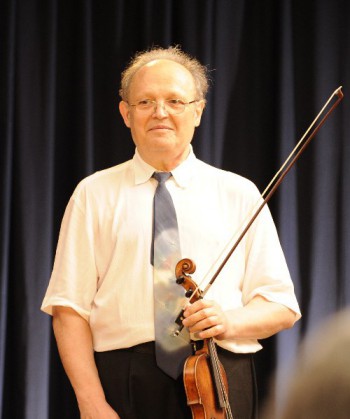 is one of the leading violonists of our times. Born near Sofia (Bulgaria), he received his first violin instruction at the age of four years. Having completed his studies with outstanding results he continued his formation with Mischa Wayman in St Petersburgh (Russia). He then attended master courses in Vienna (Austria) and Geneva (Switzerland) with Henryk Szeryng. In 1973, he was appointed concert master to the Vienna Philharmonic Orchestra and he has held a professorial chair at the Essen Folkwang Conservatory (Germany) since 1980. He has won numerous national (Bulgarian) and international prizes.

This website was built with Webnode
You can also have an impressive website for free!
Try it out